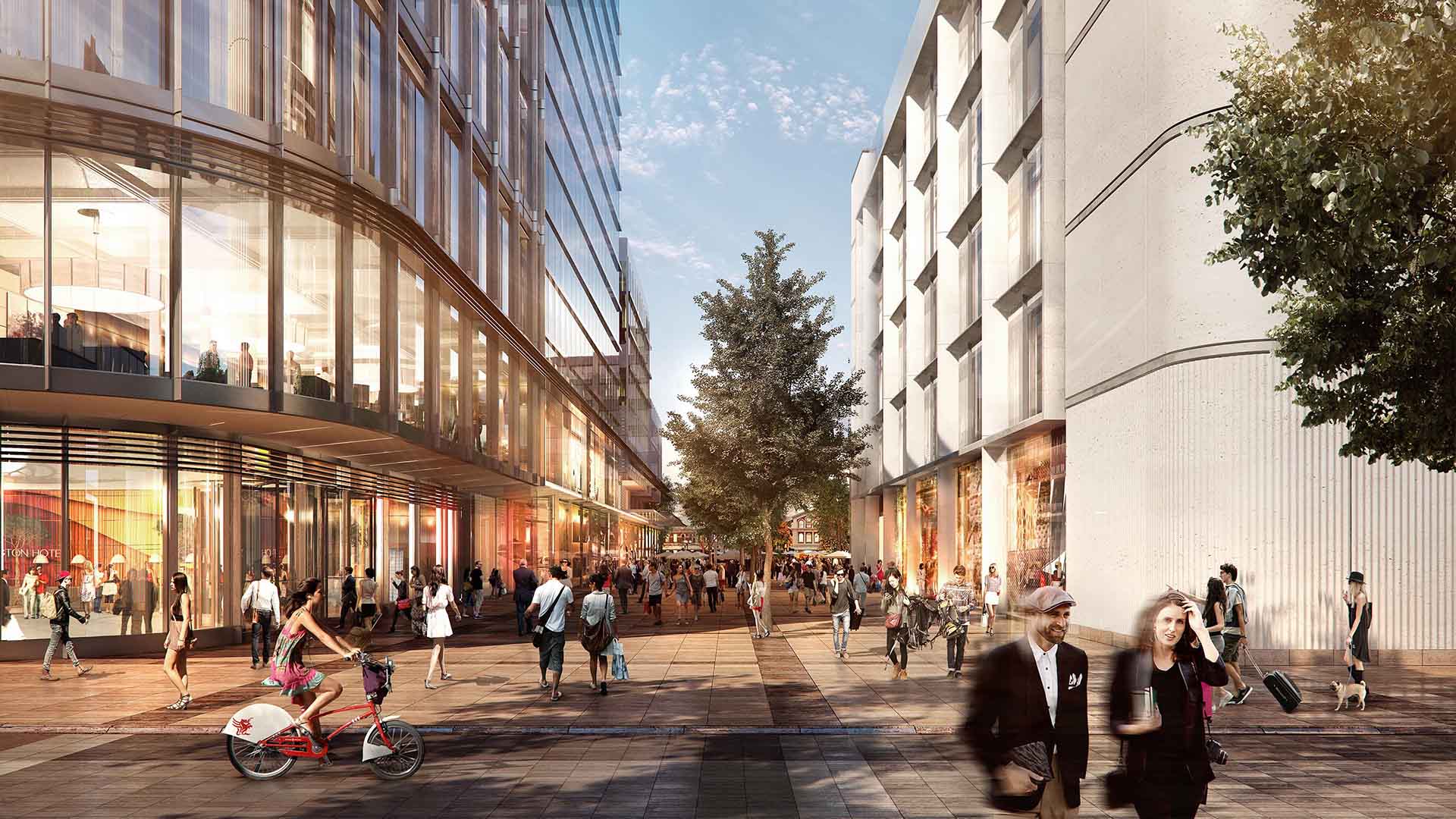 A newly designed pedestrian street will be created between the BBC and new bus station, notionally referred to as Marland Street. The street will be significantly wider than the existing pavement than runs along the side of Marland House (7m) and which currently acts as a principal pedestrian route between the train station and city centre.

Marland Street will continue to function as a primary desire line for pedestrians and will be a maximum width of 19.7m. There is the opportunity for the building line opposite the BBC building to over-sail Marland Street, thereby creating a colonnade that provides a level of protection from the elements for pedestrians.

A central boulevard of trees and seating is proposed along Marland Street, which will not only add character to the space, but also help in pedestrian flow and crowd management during event days.

There will be ground floor retail uses with active frontages facing Marland Street along both sides of the street, and this will continue to function as a principal pedestrian street.

A new pedestrian street will be created between Plots 2 and 3, referred to notionally as Central Street. In terms of street hierarchy, this will be a lower order street with a maximum width of 16.9 m, it will be partially covered by the projecting roof canopy, which will provide shelter for an informal seating area. This street will create a new viewing corridor of the South East corner sail of the Millennium Stadium, which will assist in legibility and reinforcing a sense of place. In order to maintain this view, the street is designed to have minimal visual clutter.