The western most of the three new pedestrian routes, referred to notionally as Millennium Walkway, will serve as a principal route between Central Station and the Millennium Stadium. The street runs between Plot 1 and Plot 2. The width of the street varies due to the layout of these two buildings, but at its minimum is 12.4 m wide and 16.9m at its maximum.

Due to this street being a key route to and from the Stadium and therefore one which is likely to experience high volumes of pedestrian movement, the street will generally be kept free of street furnishing. Variations to paving materials, size and orientation will be used along this route to emphasise the direction of pedestrian movement to the stadium. The opportunity exists to enhance the ground plane through lighting or other in ground interventions to enhance the movement corridor between the station and stadium on event days. 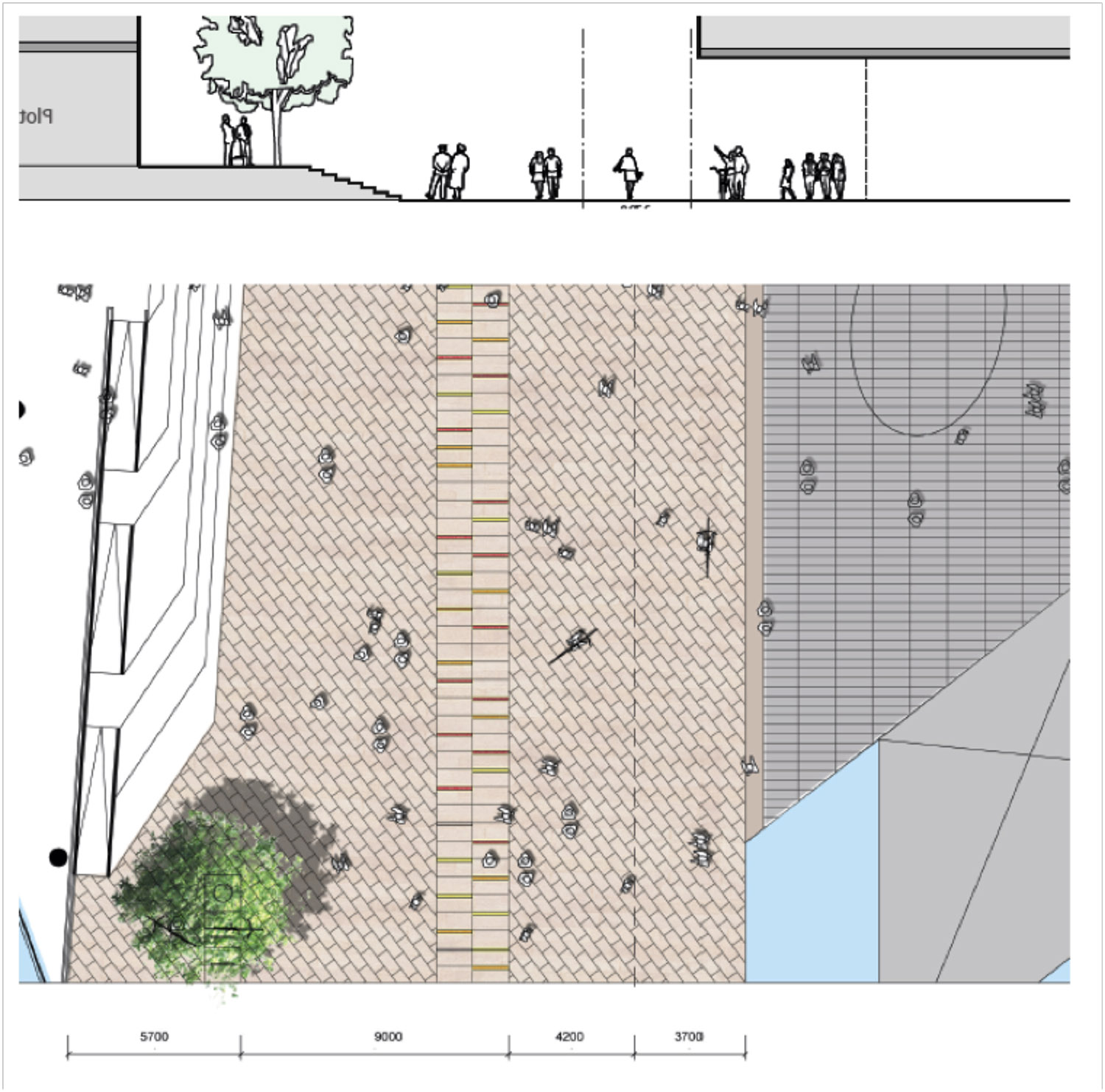